A Local's Guide to the Neighbourhood: Montreal 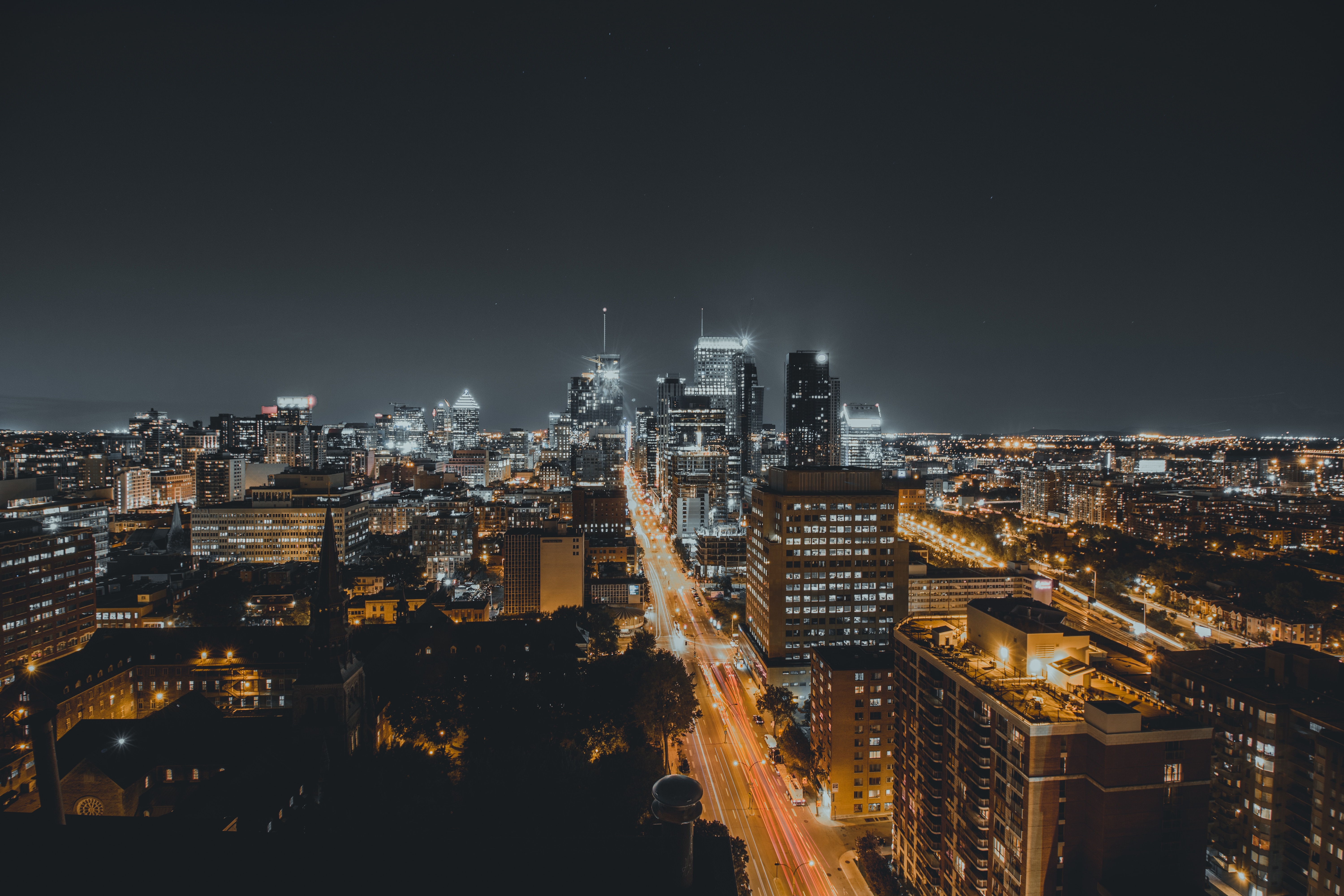 In any one of our cohorts, you'll likely find a musician, banker, digital marketer, graphic designer, chemist, teacher or a number of other unique career paths that ultimately led them to Bootcamp.

Not only do Lighthouse Labs Montreal students have fascinating and diverse backgrounds, but they also come from far and wide, including in and around Montreal, Ottawa as well as across Quebec, the Maritimes and even internationally. During Bootcamp, you'll be fully immersed in coding and have minimal time to research the best local to-dos and spots in the neighbourhood. So, this is your go-to guide for the Montreal neighbourhood, including eats, how to get around and what to do when you have an evening or weekend for some tourist time.

Montreal is Lighthouse Labs' easternmost Bootcamp in Canada. Our office is located in WeWork L'Avenue (1275 Avenue des Canadiens-de-Montréal) in downtown Montreal, near the corner of Rene-Levesque Boulevard and Rue De La Montagne, steps from the nearest Metro and close to Mont-Royal.

Lighthouse Labs Montreal is downtown. The office is a five-minute walk from both the Lucien L'Allier and Bonaventure metro stations (both on the orange line), the quickest method of transit in and around Montreal. The closest green line station is Peel, an approximately eight-minute walk to and from Lighthouse. The commuter train also stops at Lucien L'Allier.

For public transit, a monthly unlimited metro pass is $85. Beware that these apply to the month (for example, buying a pass for January means the pass is valid Jan. 1-31) rather than 30 days from the date of purchase. So avoid purchasing a pass at the end of the month (since you would get to use it for a limited number of days before the next months begins). You can pay for individual rides, buy a card for 10 rides, for three days, or a number of other options. For more information on public transportation in Montreal, visit Société de transport de Montréal.

A Bixi-Bike membership (a form of bike-share) is $78 per year, and, if used often, can be more cost-effective than taking public transit. The closest docking station is at Lucien L'Allier / St-Jacques, a short walk to and from campus. Beware, driving in Montreal can be difficult with modified rules compared to the rest of Canada (no right on reds on the Island of Montreal, for example).

Alternatives to public transit include Taxi Teo, a Montreal electric cab services with free Wifi in each vehicle, Uber, a peer-to-peer ridesharing service, and regular taxi. (Lyft does not operate in Montreal.)

For short-term accommodations, Airbnb is one of your top options as you're not locked into an extended contract for a longer-term rental. HomeAway, a competitor of Airbnb's, also operates in Montreal. Places come pre-furnished which is a huge plus for temporary stays. (No trips to and from Ikea and plus no furniture building.)

Community boards including Craigslist, Kijiji, Search4StudentHousing, student-specific housing resource Evo Montreal, Facebook Marketplace and Padmapper are useful resources for alternative methods to find housing. If you're renting a single room you can find one from as low as $400, or up to $700 for a spot in a more popular Montreal neighbourhood like the Plateau.

The downtown core is on the pricier side but you enjoy the convenience of a short bike ride or walk to campus every day, depending on preference (and time of year).

There are many options around Lighthouse Labs Montreal to grab a bite to eat or refuel on caffeine. The most convenient is Provigo (Loblaws), located within the building, so you'll notice a number of students spend their break fueling not far from class. Additionally, there's a Starbucks on the ground floor, so you don't have to venture outside if the weather is dark. Remember: winter in Montreal is COLD. In addition to the Starbucks in the building, WeWork provides unlimited tea and coffee, and it's free!

For local favourites, visit Melk, a 5-minute walk away, and Café Myriade, a 10-minute walk, for the area's top coffee.

Vegan/Vegetarian: Lov, CopperBranch and Lola Rosa (a bit of a walk)

Asian: Qing Hua Dumpling (pictured below, and the site of a recent team lunch) and Kinton Ramen. The office is also a short walk to and from Concordia University where there are plenty more ramen, dumplings and Asian cuisine options. 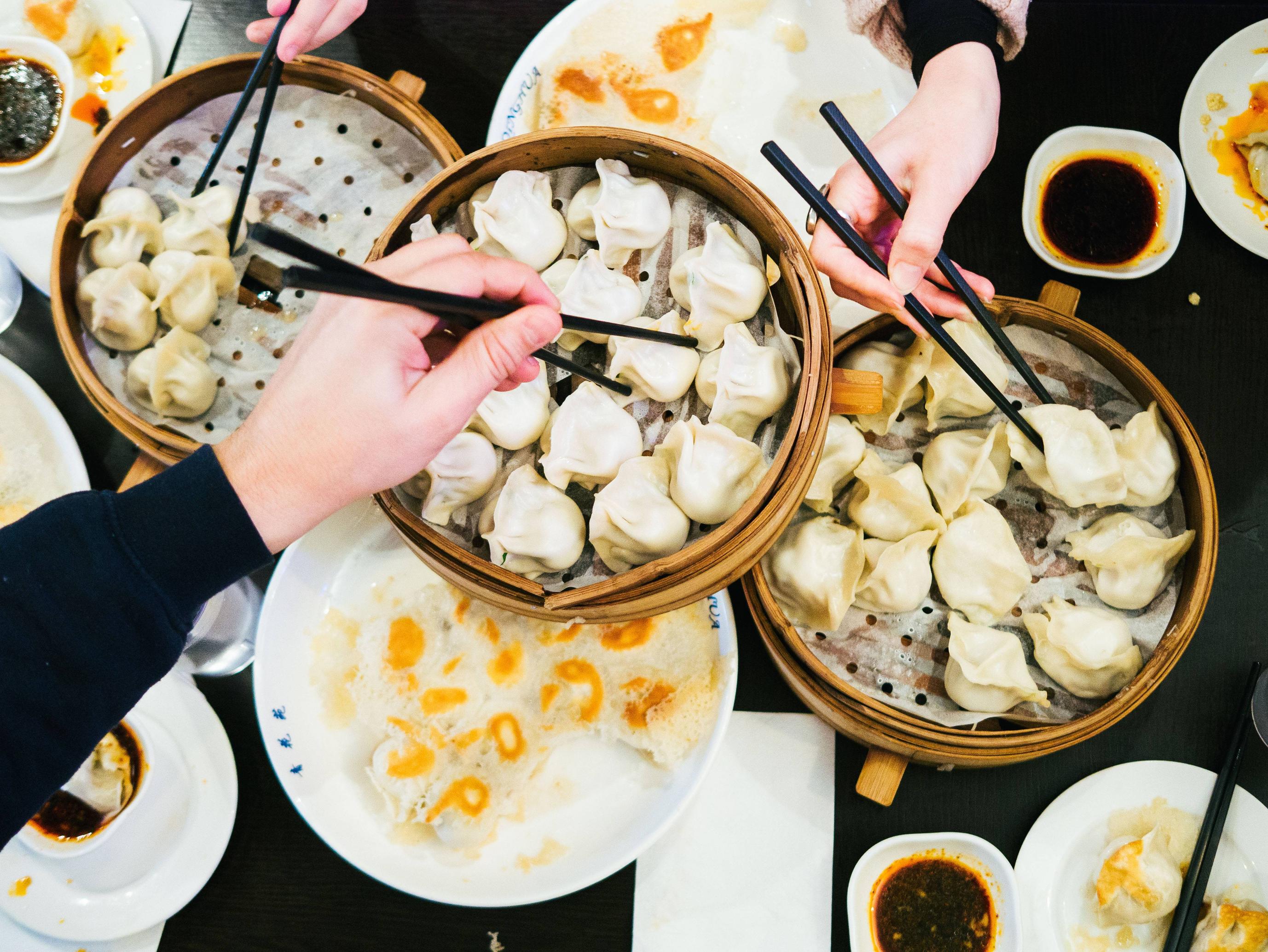 There's also a McDonald's nearby for those guilty-pleasure trips.

If you're in one of our part-time programs, note that classes are three hours in length, so we recommend grabbing a bite to eat beforehand, or to bring a snack in to tide you over until the class concludes at 9 p.m. There is a small kitchen in our office so there's also the opportunity to heat up some leftovers or whip up a quick meal to help you focus, and keep you energized for the duration of the class.

Because of its central location, there are many gyms and fitness centre options nearby. Staying healthy during Bootcamp should be a high priority and being active during Bootcamp a great way to do that.

The following gyms are a close walk to and from Lighthouse Labs Montreal:

WeWork L'Avenue has free yoga in the mornings at 8 a.m., right before Bootcamp lecture begins at 9 a.m. Bring a yoga mat of your own, or borrow one (at no extra charge) from the studio.

To unwind, our office is steps away from the Bell Centre, the home of the Montreal Canadiens, a National Hockey League (NHL) team. Tickets can be extremely pricey given that Montreal is the most storied team in the league, but if you've never experienced a hockey game live, definitely consider it! Other Montreal activities (though you'll be strapped for time but it's doable with some time management) include hiking Mont-Royal, eating a smoked meat sandwich, indulging in Montreal-style bagels and eating authentic poutine (fries, cheese curds and gravy).

Old Montreal is a short bike ride or Metro ride away and is a great spot to visit to check out the cobblestone streets, rustic shops and great restaurants. The Old Port of Montreal is also home to the Montreal Science Centre and the iconic Clock Tower, with views of the St. Lawrence River. 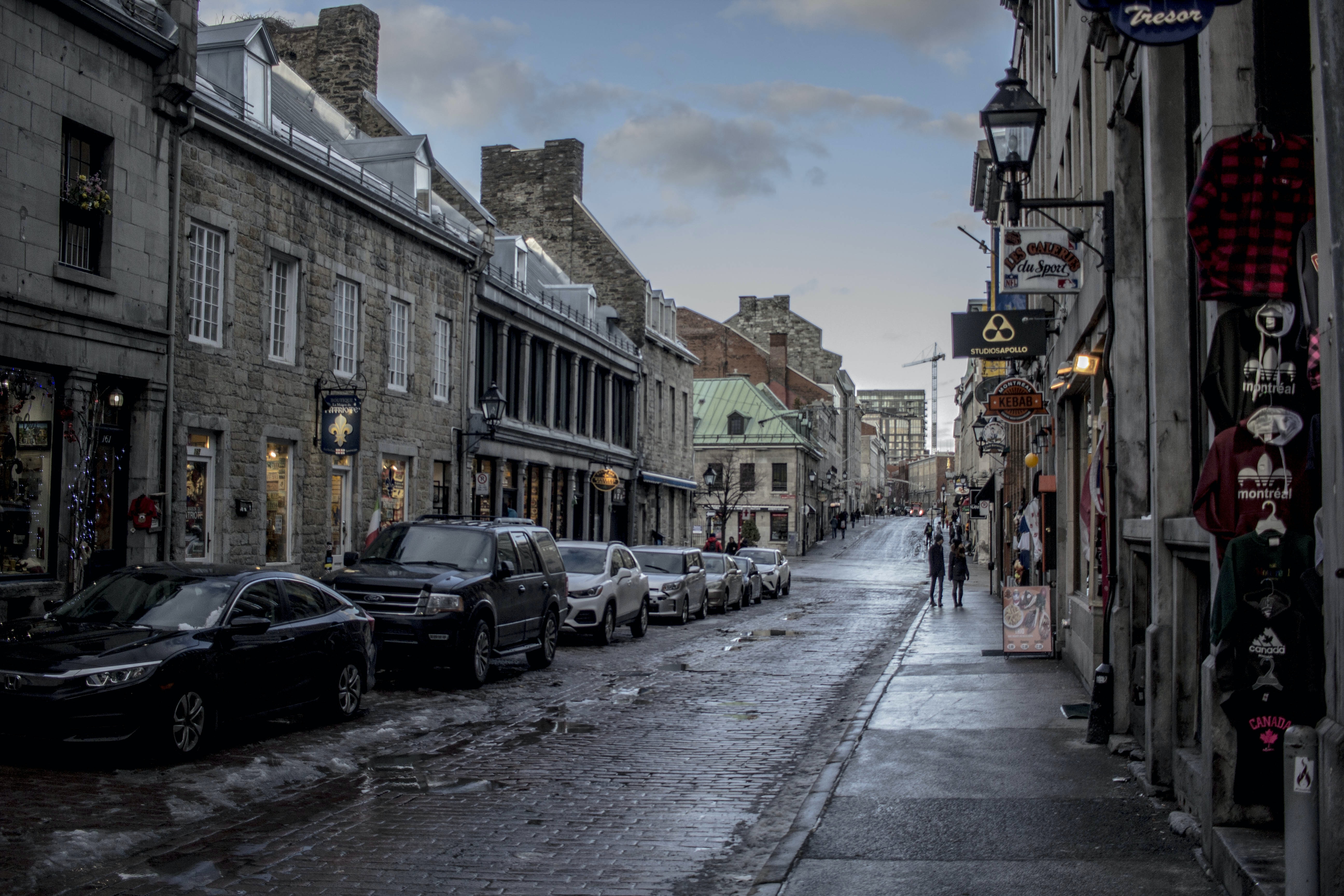 To get your game on, Amusement 2000 Plus is located just around the corner from the office too. Putting Edge (glow-in-the-dark mini golf) is also a great group activity.