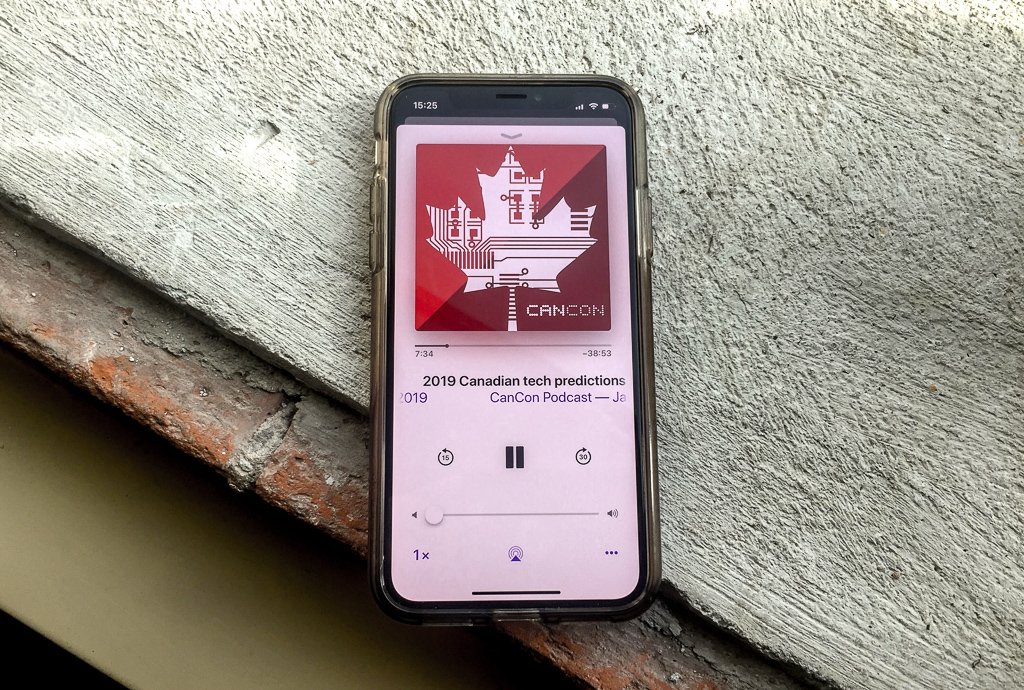 Podcasts are so in right now, and for good reason.

Whether it’s for news, interviews or inspirational stories, technology podcasts have become one of the most popular mediums. You can listen to episodes anywhere, anytime - and best of all, they’re free (or in some cases part of a subscription, like Spotify-exclusive shows for example).

Fortunately for us Canadians, there are a considerable number of tech podcasts both here at home as well as abroad, some of which are new, and some of which have been around for 10+ years. Here are our top technology podcasts picks to get your brain firing whether you’re commuting, working, exercising or lounging around the house.

Best Best Tech Podcast For Interviews With Founders: How I Built This

Guy Raz dives into the stories behind some of the world's best known companies. NPR's How I Built This weaves a narrative journey about innovators, entrepreneurs and idealists—and the movements they built. Canadian guests to be featured on this tech industry show podcast include Shopify CEO Tobias Lütke and Lululemon founder Chip Wilson making it one of the more high-profile tech podcasts.

The Globe and Mail tech journalist Takara Small shares the stories of Canada’s most influential figures in the technology scene and unpacks their experience of what it’s like to be an industry trailblazer. With a Canadian-focus, you’ll hear about the fascinating stories behind CEOs and entrepreneurs and how they got to where they are today.

Guests on I’ll Go First include Bunz’s Sascha Mojtahedi, Ritual’s Ray Reddy, Flytographer’s Nicole Smith and Coinsquare’s Cole Diamond. Most episodes are 20-30 minutes with some extending into a longer format between 35-50 minutes.

BetaKit, a media company that reports on Canadian startup and tech beat, has more than 100 episodes as part of its CanCon Podcast dating back to 2016. The weekly podcast covers the latest notable news from the Canadian tech industry as well as takes a deeper dive into global technology topics that are currently relevant. Each tech show episode is 45-75 minutes.

Canadian tech entrepreneur, venture capitalist, Dragons’ Den investor, and one of Canada's tech leaders Michele Romanow hosts the Earning Curve Podcast, which gives you an intimate view at what it takes to start and grow a business. The first season of the podcast features young entrepreneurs and business leaders within 30-35 minute episodes. Although new technology episodes aren't currently being released, the library bank of previous shows covering various tech topics will satisfy your ear cravings for a while.

Geared more towards entrepreneurship, the Startup Canada Podcast continues going strong, even after 182 episodes. The technology listening show features figures from Canada’s entrepreneurship community from a wide range of industries. Each episode is a nice length at 35-45 minutes, ideal for your daily commute or a power hour at work.

Although recorded as a radio show, Spark is also available in podcast form. Spark takes a fascinating approach looking at the social effects of technology on our everyday lives. (One episode, for example, offers insight into what the Instagram egg, a plain picture of an egg that became a global phenomenon within days, says about us). The show itself has been around for some time, with more than 400 episodes dating back to 2007.

You can listen to the tech podcast show on CBC Radio One and Sirius XM, or catch podcast episodes at your convenience on iTunes.

Morning Brew comes to Canada. The Peak is a Canadian and global business, finance, and tech newsletter that breaks down news and updates in bit-sized snippets. An extension of the newsletter is the Peak Weekly, a weekly podcast in which all things Canadian and international business are discussed.

Co-hosts Brett Chang and Alex Blumenstein talk to the most interesting people in Canadian business, from investors to entrepreneurs and cultural icons. From inspiring career changes to in-depth looks at some of Canada's most fascinating startups and tech companies, the Peak Weekly is a go-to technology podcast focused on Canadian content.

Best For Internet Fanatics: Reply All

This technology show features stories about how people shape the internet, and how the internet shapes people. New technology podcasts episodes are published weekly on Thursdays at 6 a.m. ET making it one of the most consistent shows you can listen to.

Best For International Coverage: WSJ’s The Future of Everything

Discover what comes next with this in-depth look at this week in tech, as well as how science and technology are revolutionizing the way we live, work and play. The Wall Street Journal is one of the largest newspapers in the United States by circulation making this podcast a popular go-to for international coverage and high-production content.

What are some of your favourite tech podcasts? Tweet us at @lighthouse_labs with your go-to listens.