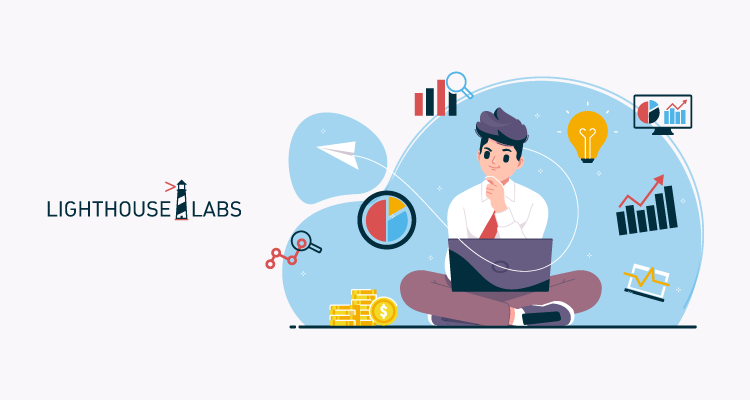 Sherlock Holmes once said, “The temptation to form premature theories upon insufficient data is the bane of our profession.” Of course, the ‘profession’ the deer-hunter-hat-wearing fictional heavyweight was referring to was detective work. Still, the same can be said for a more modern craft. Little did Arthur Conan Doyle know when he penned his seventh Sherlock mystery that he would perfectly sum up a future need for data analysts.

Are data analysts in high demand in Canada?

The short answer is a resounding YES. Big data is a rapidly (and perhaps the fastest) growing domain today, and the call for people who can make sense of it all is a loud one. Data analysts are those people. Every company, tech-oriented or not, needs those trained and ready to sort, analyze, and interpret large swaths of data so they can make informed business decisions. In other words, do not “form premature theories upon insufficient (or in this case, unsorted) data.”

But does it pay? To be hired for your skills is one thing, but to be fairly compensated for it is another entirely. Before we get into the grunt of it, we should state that data analyst salaries can vary considerably from company to company, field to field, and location to location. It also depends on what level of data analyst you are, from entry to senior. If you want to know how to get started in the field, then work your way up from Analyst I to II and beyond, start here.

Provincially speaking, according to talent.com, the highest earners are based in Alberta, with $79,983/yr. The lowest earners reside in Nova Scotia, with an annual compensation of $62,078.

The breakdown by major city centres in Canada reflects this, but salaries can vary depending on your exact location. For example, the average salary in Calgary is lower than the provincial average.

To give a head start, or bump you up to the next level, Lighthouse Labs offers an online six-week, part-time Intro to Data Analytics course that can be completed without quitting your day job.

As an entry-level data analyst, You’ll be doing a lot of hands-on work, getting down in the grit and building up your skills and portfolio. If you took a bootcamp, this is where you’ll build on your knowledge. At Lighthouse Labs, we believe that 80% of the learning comes from the job, and this is where that statement will become real. This will include:

Beyond the obvious data collection you’ll be doing, you’ll also be working with large data sets to analyze trends.

Think CRMs, ERP systems, and others, which will store all the data collected.

This is where plotting (not the criminal mastermind kind) and report creation skills come into play. You’ll often present to those with little to no tech knowledge, so you’ll work on your ability to communicate complex information clearly and concisely.

Mid-level roles typically mean a move up to some level of management or a supervisor role. Alternatively, you could hone in on a specialization or area in which you’re particularly interested and up your skills. This could mean obtaining more certifications or gaining more experience in this particular sector. For example, you might want to become a Systems Analyst, Business Analyst, Marketing Analyst, and the list goes on (and on and on). You could also branch out into consulting or work, allowing you to expand your expertise to help a variety of businesses analyze trends and gain insights into their next steps.

Once again, it’s important to note that salaries can vary depending on the region. The info taken below from Indeed for a Systems Analyst shows that salaries can range from around $81,000 in Toronto to around $62,000 in Windsor, just two hours away. And those in North Vancouver may find themselves with a significantly lower salary than their peers in Vancouver central.

This is the big leagues. You’ve got the necessary certifications in hand and the right amount of experience. Senior roles can be upper management or director roles. However, they could also be the same role you were doing previously but with more experience.

Of course, your salary will depend on which company you work for and where that company is based. Taking five of the first examples from Glassdoor, working at certain financial and entertainment institutions as a Senior Data Analyst will win you a six-figure salary. Conversely, the same position will only get you an average of around $63,000 at Loblaws. It’s also important to note the ranges. A job at Capital One can go as high as $165,000 annually. In contrast, Loblaws can only take you as high as $94,000 comparatively.

Is data analyst a good career in Canada?

Based on the above salary information, pursuing a career in data analytics is a great choice. It’s a profession with few limitations and tons of room to work your way around and up, both in salary and status. And we can’t forget to mention the salary bonuses. Career options are nearly endless - as just about every job field needs data analysts (healthcare, aviation, media, finance, etc.). As a data analyst, your skills are also transferable, so if you find that your current domain doesn’t suit your interests, you can switch. It also provides a great jumping-off point if you choose to go further in your education, like acquiring the proper training to become a data scientist.

Can data analysts work from home?

One final benefit to becoming a data analyst is that you often have the flexibility to work fully from home or in a hybrid setting. When we surveyed our own Lighthouse Labs grads, 95% of those who responded were either working remotely or hybrid (this includes all bootcamps, not just Data Science).

Ready to jump in? We’ll be launching our newest Data Analytics Bootcamp in 2023. Sign up to be the first to know all the details.