Imposter Syndrome: How I Learned To Love Errors 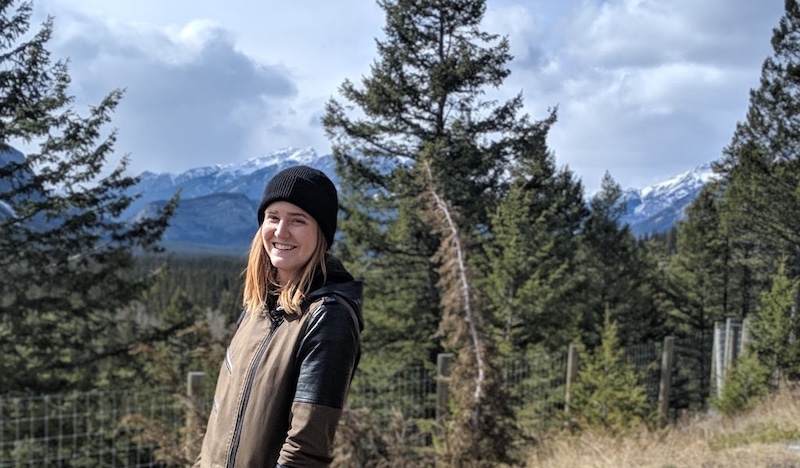 I hadn’t actually heard that term until I started the prep work for the Web Development Bootcamp. It’s that little voice inside your head telling you that you aren’t good enough. It tells you to compare yourself to everyone else and points out how much better they are and that you're totally alone in your experiences. After excelling in my previous professional roles, making the decision to learn to code and become a full-time developer meant that I came face to face with imposter syndrome every step of the way.

Let’s talk about toddlers for a minute. How does a toddler become an adult? Toddlers (and kids, teens, and even adults) learn through experiences and mistakes. A toddler calls a cow a puppy —- no big deal. You tell them it’s a cow and move on. They make hundreds of these mistakes every day and that’s okay because they are learning. As adults, we aren’t used to being wrong very often. Did you ever call a teacher ‘mom’ by accident? Lose a bet? Being wrong stings a lot and the older we get, the more we become predisposed to always being right. This is why learning how to do anything new when you are over the age of 18 feels impossible, especially when that something is as complicated as coding.

During my first week of bootcamp, I was feeling incredibly overwhelmed and defeated because no matter what I did, errors. I would face dozens of errors to work through for every few lines of code. Everything I did was wrong and I felt like the rest of the class already had computer science degrees (they didn't). I didn’t want to ask questions or show anyone my work because I didn’t want anyone to see how completely stupid I was. I felt isolated, I felt alone, and I felt like there was nothing I could do to make this work. Thankfully with the support of classmates, mentors, and a lot of late nights, I made it to Demo Day.

I assumed that my imposter syndrome would melt away when I graduated bootcamp, but even after that I still felt inadequate. I self-sabotaged when I did tech interviews because I was convinced that no company would really want someone this bad at coding. Even though I was doing everything that I was supposed to be doing, I didn’t feel worthy of a job as a junior developer. It took me seven months before I finally worked up the courage to believe in myself and dive into my first job as a developer. I found an amazing company that believed in my potential and valued mentorship in a way that really appealed to me. But still that little voice came right back.

The day before I started, I was so paralysed with fear that I couldn’t get off my couch. I couldn’t bear to open my laptop to prep, I couldn’t even turn on Netflix to distract myself. This was imposter syndrome like I had never felt before. I felt like I knew for fact that they were going to hate me and fire me within the first week. It wasn’t a question of if it would happen, but when. The next day I picked myself up and showed up to work more nervous than I had been for any previous job. And despite everything that my imposter syndrome was telling me, I survived my first week. And my first month. And the following month after that.

Those first few months were some of the hardest I have ever experienced. Every day I felt totally drained and dumber than ever. I never knew how to solve errors and I was always asking questions to senior developers. I’ve never really been one for mantras, but every morning before I exited my car to go to work I would tell myself the same thing: you are smart. You are capable. Every problem can be solved when you break it down to its smallest component. And at the end of every day, I would sit down and review the work that I did and remind myself of every line of code that worked.

And then one day, the voice became quieter.

There wasn’t a magical switch that I flicked that made me into a better developer and I wasn’t able to totally turn that negative voice off forever. I still hear it from time to time and when it comes it feels just as overwhelming now as it did before. Overcoming imposter syndrome is really about knowing what it is and understanding that literally everyone has it. I was able to use my imposter syndrome to push me to study harder and think critically about every error that came across my screen. Although it has been one of the most terrifying endeavors of my life, I feel like my imposter syndrome has ultimately pushed me to be a better developer.

I’m not sure when it happened, but at some point I learned to love errors. I used to break out into full-blown panic when my code produced errors, but now it’s my favourite part of the job. Just like a toddler becomes an adult through making mistakes, I know that every error solved makes me that much of a better developer. Being frustrated and upset because my code isn’t perfect (spoiler alert: it will never be) isn’t going to make me a developer, but now I see every error as an opportunity to learn. It isn’t going to be easy, but I know that my career is going to be more challenging and fulfilling when I face everything head on.