School Sucks (But We Can Fix It!) 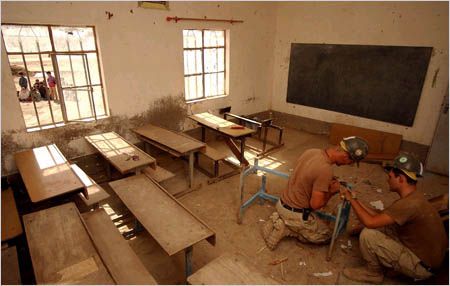 I hated most of my university classes. I know that probably sounds weird coming from a guy who has decided to help start what is effectively a programming school, but I’m not kidding.

Don’t get me wrong, I love what I learnt while I was in school - in fact, I love learning in general. I’m even mad on a pretty regular basis about the fact that I don’t have more time to read. But alas, such is the life of an entrepreneur. What I didn’t like about my university classes wasn’t what I was learning, but how I was learning it.

University left me with the feeling that there must be a more engaging way of learning. Apparently I was right. Since finishing school and starting Lighthouse Labs, I’ve learned that there’s a model for teaching that is not only more engaging, but also helps students learn more effectively. It’s called the flipped classroom model, and its being used by bootcamps all over the world to change the way we think about education.

I vaguely remember a three-week period in my first year calculus class where we were taken through a proof for what, at the time, I could only imagine was some extremely rare and complex trigonometric equation. False. It was Pythagorean theorem - something I’m pretty sure I had committed to memory before I even knew how to coherently talk to the opposite sex.

As you probably guessed from that last comment, I have an engineering degree. Luckily for my social ineptitude, I also earned a business degree and this put me in the fortunate position of being exposed to two very different teaching styles at the same time.

Here’s a very brief overview of how things were different between the two programs:

Obviously these programs are quite different. You can effectively hide in one while you’re marked on your participation in the other. One is more traditional while the other is basically what you would call a “flipped classroom” model. Both of these aim to teach students the subject matter in an effective manner; however, in my opinion one of them is significantly more efficient at doing so. Hint: It’s not the traditional one.

The phrase “practice makes perfect” holds some truth to it, and most of what I learnt in engineering came from doing the assigned problems or by working through labs and extracurricular projects (such as Formula SAE). Oddly, only the labs were really supervised, and assigned problems were often done by myself at home or with a study group of my peers. Luckily, my peers were either much smarter than me or much more diligent, and had taken extra time to go ask the professor, a TA, or a student who had already finished the course about how to complete the problem. Honestly, this isn’t a bad way of learning and very closely mimics how our course at Lighthouse works - figure it out yourself, try and find a solution, or ask someone who knows.

That being said, there were two major differences:

But why? Why does it make sense that the experts spend most of their time basically reading slides and walking through a couple of example problems, rather than helping students solve the practice problems that will make them better versed in the subject matter?

To be fair, not all programs or courses are done this way - some courses had weekly, or bi-weekly, tutorials to come in and seek help. Go to class and listen to lectures, go home and practice problems, and if you get stuck go to a study group, a TA, or tutorial to get help later that week (or next week!). Compare that to doing the readings at home, and going to class the next day to discuss and ask questions like you would in a flipped model.

Ranting aside, research backs the idea that the flipped model is a better way to learn. There are a number of studies centered around this and a great example is shown in a paper published by Louis Deslauriers, Ellen Schelew, and Carl Wieman in 2011.

In the study they tracked two sections of a large physics class throughout a semester, but in the 12th week asked one section to learn material before class and supported this with class time dedicated activities that tested them on the material. Not only did class engagement increase, but the flipped class scored an average 33% higher on a multiple choice test they were asked to write at the end of the week. That’s a pretty compelling improvement. For more info, check out Vanderbilt's fantastic summary of the flipped classroom model.

Keep in mind though that flipped classrooms aren’t effective because students read or watch videos before class, they’re effective because of the in-class activities and immediate feedback that help reiterate what students are learning. Or to quote what Michelle Rinehart - a Texas high school teacher - stated in this New York Times article, “.. it’s about the powerful class time we regain for higher-order thinking activities.”

I couldn’t agree more. And, I couldn’t agree more with Jason Field’s, one of Brainstation’s Co-founders, statement in his recent Open Letter to Technology Educators when he stated “Disruption [in education] isn’t about to happen, its already here.” There are a lot of skeptics about the bootcamp model, and enough naysayers that don’t think you can learn to be an entry level programmer with a little bit of prep work and 8-12 weeks in class. To them I say this: open your eyes, and look around. There is a reason schools like ours are popping up so quickly and experiencing such success. It’s not because we pad our placement rates or skimp on quality, its because we use a better model that enables our students to learn faster and more effectively than before.

In the past decade how many industries have we seen disrupted? How about the last century? It really only makes sense that we’re finding better ways to educate ourselves. In fact, it would be kind of terrifying if we weren’t.