What Is Python Used For? 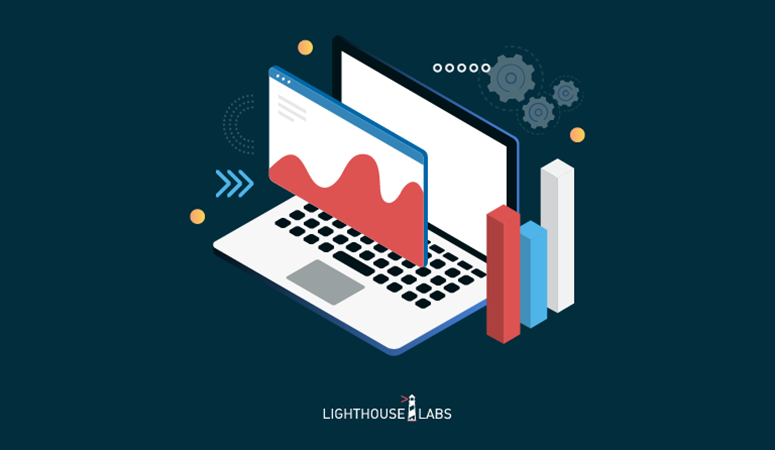 What do the websites Instagram, Google, Spotify, Netflix, Uber and Dropbox have in common? On the surface, not so much, besides being some of the most popular websites on the planet, used by millions, and in some cases billions of people, every day.

Peek beneath the surface, though, and you’ll find the one common thread that ties all these sites together is Python. As the internet has grown and matured, Python has slowly risen above the multitude of coding languages to become one of the most widely used ones in the world. TIOBE, a website dedicated to tracking the popularity and integrity of programming languages, ranked Python as the most popular programming language for 2022.

Python is not restricted to building interactivity and functionality in websites. It is used in data analysis, Artificial Intelligence, Machine learning and many other ways, which we will cover in this piece.

But first, what is Python?

According to the Python Institute, "Python is a widely-used, interpreted, object-oriented, and high-level programming language with dynamic semantics, used for general-purpose programming. It's everywhere, and people use numerous Python-powered devices on a daily basis, whether they realize it or not."

Believe it or not, the programming language takes its name from the British comedy troupe Monty Python. It is unique among many of today's existing languages because it was birthed and developed by one person. Though it is now a mature language - with a large community of users constantly adding and developing spin-off frameworks and libraries - the idea and the initial development of the language was the work of one man - Guido Van Rossum - who first released it in February of 1991.

It is currently being managed and maintained by the Python Software Foundation, a non-profit organization made up in part of a community of developers, testers and users dedicated to improving and expanding the use of the language.

Python has seen widespread adoption since its release in 1991 and is now used across many industries beyond the tech sector and traditional web development. But why Python?

What is Python used for?

Even if you're unfamiliar with sites like Instagram, Uber and Spotify, chances are you still would have come in contact with Python in your daily interaction. Because of its ease of use, short learning curve and large pool of developers, Python has found implementation in many aspects of modern lives.

The short learning curve of Python makes it the object-oriented language of choice for web developers looking to build a little more dynamism and interactivity into projects. Many of the internet's early websites were basic HTML and CSS sites that used programs and protocols like Flash to simulate interactivity. As websites became more complex and we started to demand more from their use, Python slowly became one of the most widely used in web development.

Python has become the default language of choice for data professionals who use it to interact with databases that contain large datasets. It is used in the field to write complex data queries, create data visualizations like charts, graphs, and histograms, and build complex AI algorithms.

As a general-purpose language, Python is not restricted to web applications. It is theoretically possible to run Python on any electronic device with a processor, making the language perfect for developing applications that do not necessarily live on a website. Python is used in app and software development, including proprietary software like those found in assembly lines and complex farm equipment.

Python's easy-to-understand syntaxes make it a great scripting language. A scripting language is any programming language used to manipulate, customize and automate the functions of an existing system. This means you can write a script in Python to automate your daily tasks or send reminders from your calendar.

The stock market has come a long way from the shouting matches on the trading floor of its early years. Nowadays, everything is done electronically by traders who don't even have to be in the building. Scripting languages like Python have taken this to the next level. Many investment firms successfully automate most of their trading activity, writing scripts that monitor trading signals and execute predetermined trade orders. Python has also helped them take this up a notch. Many firms use its machine-learning capabilities for high-frequency trades, making it a vital component of the most successful investment houses.

Why Python is So Important To Data Professionals

Have you ever used a spreadsheet program like Microsoft Excel or Google Sheets to track your monthly expenses, do your taxes, or run a small business? Now multiply that data by 100, or a thousand. Data professionals work with massive datasets and need an efficient way to manipulate, interpret and display data. As a scripting language, Python lends itself well to automating many of the tasks that data professionals face in their daily activities.

Because it's such an accessible language, writing a short python query for a task that might otherwise have taken many hours of manual work with an increased chance of errors is quite easy. By automating these tasks and using tools developed using Python, the data professional can be efficient with their time and accurate with their results.

What is Python mostly used for:

As a general-purpose, object-oriented scripting language, Python has become the scripting language of choice for millions of developers and non-developers worldwide. While it is the standard choice for web developers seeking extra functionality in their websites, Pythons' use has spread beyond web development. It is now used in many industries outside the tech space. As a Data professional, Python will be a vital tool to succeed in your career.

Where is Python used in Real Life?

Python is one of the most widely used programming languages today. You can almost say it is contributing more than its fair share to advancing us toward the digital age. Ever used a ride-hailing app? Then you've probably come in contact with Python. Uber uses it. Ever streamed a movie? Python. Netflix uses it. Python is the engine below deck that keeps your holiday cruise on schedule. You don't get to see it, but you would miss it if it stopped working.

What are the three benefits of Python?

Python has enjoyed a pleasant circle of growth. Because it's relatively easy to understand and reasonably quick to learn, developers are drawn to it. As more companies digitize their operations, they are attracted to this ready pool of developers. Using Python in their operations is almost a no-brainer. And because more systems are using Python, it creates more demand for Python developers. The three main benefits of Python are its short learning curve, its community of developers, libraries and support resources. It being an open-source language makes acquiring and deploying it, even at scale, relatively easy and cheap, even free in most cases.