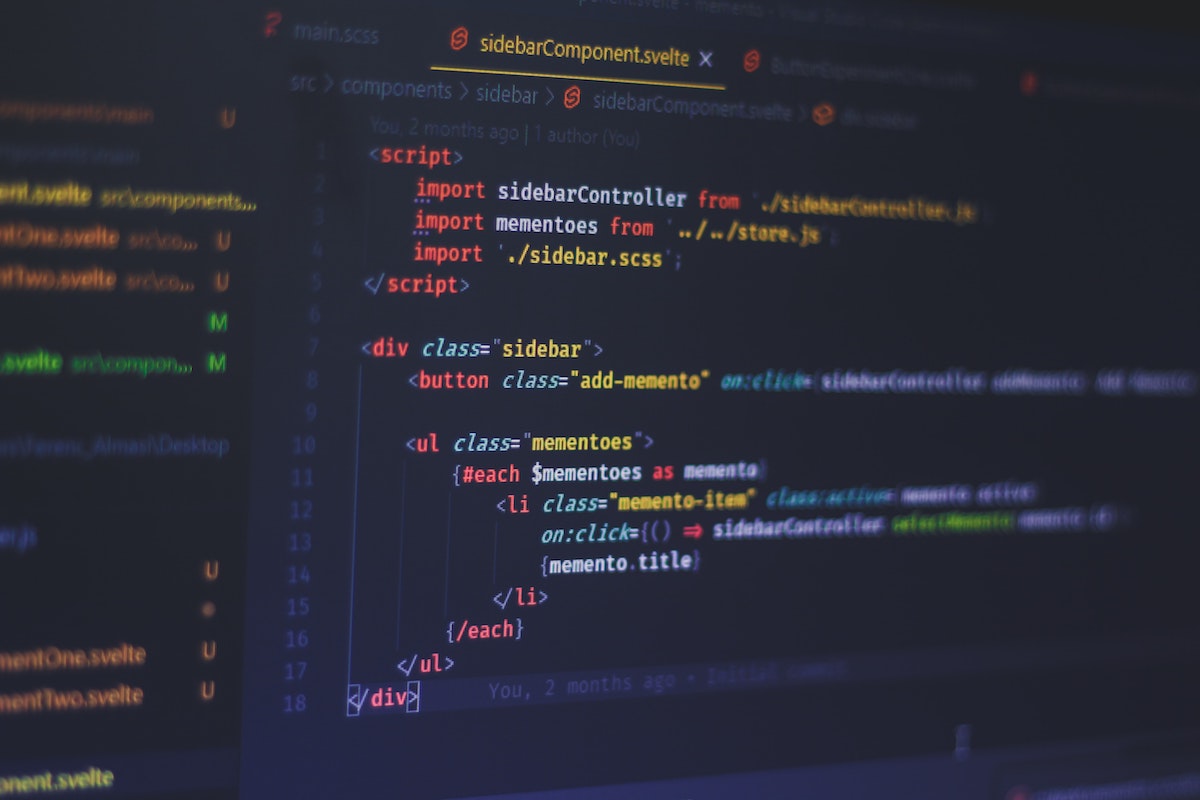 When the average person hears about coding and programming, they assume both terms are synonymous and interchangeable. Although they do overlap, coding and programming are not the same thing. If you are trying to determine the difference between the two, a great analogy to use is that of a book. If you are a coder, for example, you would be responsible for a specific chapter of a book—making sure it reads well, without error. If you are a programmer, you are responsible for the book as a whole—making sure that it flows well from beginning to end.

In this post, we’ll discuss the difference between the two and the sets of skills you need to be able to fulfill the role of either a coder or a programmer.

Code is the language used by computers to understand and process our requests.

Coding is vital to the way our modern world operates, yet many people don’t realize it. If you’re on any webpage, just right click your mouse pad and click on ‘View Page Source,’ scroll through, and see if you can understand anything. There’s a lot of information about the webpage there, which you probably don’t know, but this is your first experience with coding basics (HTML, CSS, etc.).

Let’s take it back a notch and define what coding is. Techopedia defines coding as “assigning a code or classification to something.” This is essentially the way that humans communicate with machines. And, it all started in the 1950s, when the invention and development of coding languages was in full swing. Many of the coding languages created then are still used today, like FORTRAN, LISP and COBOL.

Fast forward to the 1980s, and you now have the C++ language, which is used in today’s programs like Adobe, Google Chrome, Microsoft, and more. Then, in 1989, we hit the invention of the Internet, thanks to Tim Berners-Lee, which forever changed our lives. Berners-Lee was responsible for HTML, URL and HTTP—don’t those ring a bell?

We then hit the 1990s, which saw Python, Java, JavaScript and more hit the scene. These are all used for many of the web-based applications we have today, like social media and streaming services.

Coding is a paramount skill for the future

With our world becoming more dependant on technological advancements, coding has become an important skill to learn for many reasons: On the flip side of coding, we have programming, which is defined as a way to “instruct the computer to perform various tasks,” but in a language that the computer can understand.

Ada Lovelace is attributed to inventing programming back in the 1800’s for Charles Babbage’s Difference Engine—”a machine that would perform simple calculations.” Now, there are over 500 programming languages, each with their own specific attributes.

As a programmer, what do you do? As the Southern New Hampshire University notes, computer programmers “design, develop and test software and ensure software adheres to best practices in performance, reliability and security. Computer programmers can work developing mobile applications, coding video games, programming websites and much more.”

Key differences between coding and programming

How do coding and programming fit into the software development industries? There are a few key differences to know between the two:

The information in this chart from Hackr.io provides a great summary of the key differences between coding and programming.

Which is better: coding or programming?

Programming and coding are both important to software developers in different ways—they complement one another. Computer science is a vast field, afterall, and there are many aspects that students can learn.

If you like big picture thinking, programming could be your route. If you prefer learning different languages, coding could be for you. If you are wondering which is better, the answer is based on your personal preference and your skillset.

But, if you choose to go into programming, you should be prepared to learn coding, as that will help you succeed in putting together software and troubleshooting any IT-related problems.

Should I go into coding?

If you love solving problems, and have creative thinking skills, you should get into coding and/or programming.

Coders and programmers are in demand in Canada—in fact, there is a labour shortage. With more technological changes—artificial intelligence, Blockchain, and augmented reality, for example—demand for these workers will only increase. TechRepublic notes that “JavaScript, Java and Python are among the most sought-after programming languages from hiring managers when recruiting new developers.”

Additionally, the average base salary for a programmer in Canada is $70,325 but experience factors into this, as well as province.

Do I need to learn coding before programming?

Regardless of the programming language you learn, it’s helpful to be able to grasp basic coding concepts first. Remember, coders don’t necessarily have to be skilled in programming, but programmers should be knowledgeable with the bigger picture and should understand coding.

As coding is the initial step in building software, it’s beneficial to learn it before moving on to programming. As programming is increasingly complex in comparison, it’s always good to start with the groundwork to be able to scale your knowledge to different languages and tech stacks.

Terms like variables, control structures, data structures, syntax, and tools all provide you the foundation to build upon. When it comes to what programming language to learn, that’s entirely up to you. You can choose a popular language like JavaScript or Python, two of the web’s most used technologies according to Stack Overflow. Or, you can learn a language like Ruby for its clean, elegant, and aesthetically uncluttered code characteristics.

Where to learn more 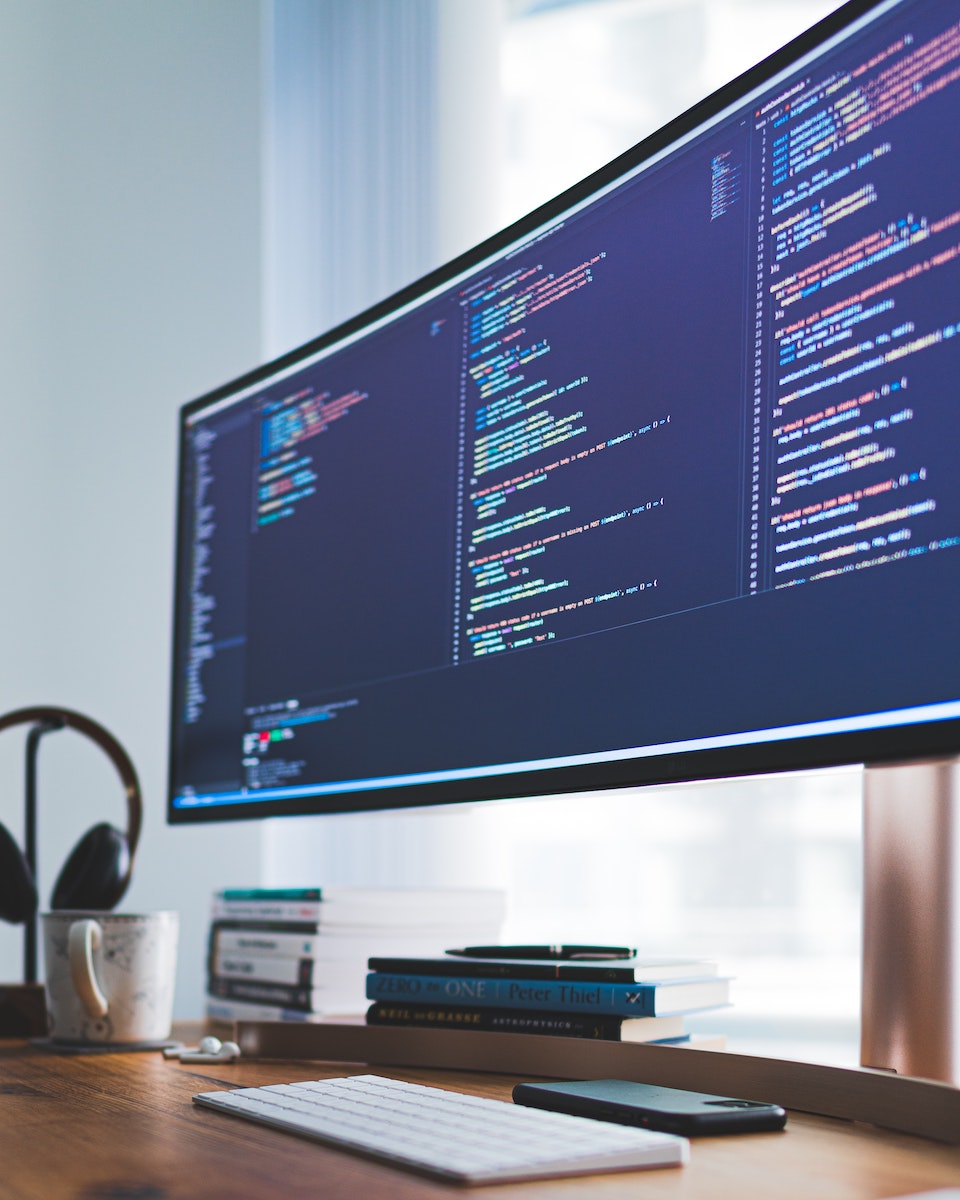 Learning to code is one thing. Becoming a developer is a whole other ball-game. Lighthouse Labs makes it easy for you to kickstart your career in coding or programming (or both!). You’ll go from being a hobbyist to a professional developer and be the launchpad for your career.

Through various bootcamps—full time or part time— Lighthouse Labs offers different courses built to suit your needs. A few of these courses include:

In this introductory course, you’ll learn:

With this course, our priority is getting you trained in the digital skills you need to succeed professionally in the most efficient and effective way possible. With Web Flex, we're expanding the ways we accommodate the unique shapes of your lives. Through an immersive remote learning format and a balance struck between lectures, projects, mentorship, and group work, Web Flex gives you another option for how you can learn. The same great bootcamp training in a way that works for you.

In this flex program, you’ll learn:

The goal of our Web Development Bootcamp is to transform you into a professional web developer. You'll come to understand coding logic using popular languages and frameworks like JavaScript & Ruby on Rails, while learning how to think like a programmer by building software from the ground up. Our web development bootcamp will provide you with mentorship, industry-relevant curriculum, and a top notch learning environment that will launch you into your first Junior Web Developer role.

In this bootcamp, you’ll learn:

Now that you know the difference between coding and programming, want to learn more about how you can pursue one of these skills (or both)?

Lighthouse Labs is here to help you gain the skills you need to succeed in tomorrow’s world.

Submit your application today to kickstart your career transition.