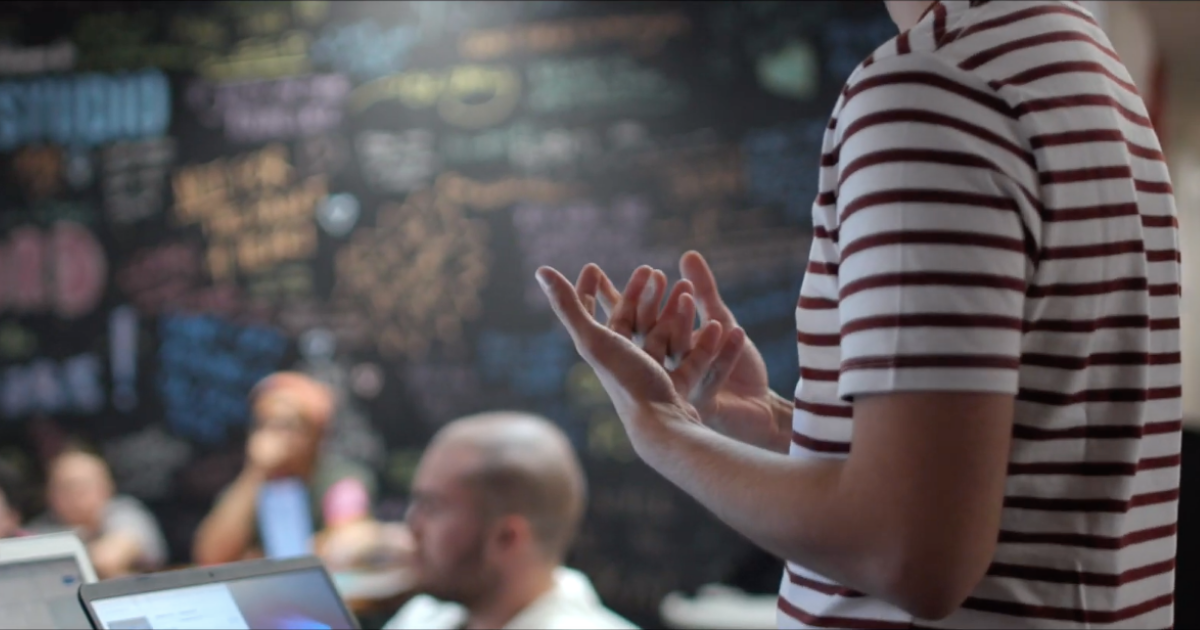 At Lighthouse Labs, we're passionate about giving back to Canada's technology community.

Nima Boscarino is just one example of our community ethos - in addition to being our Lead Instructor in Vancouver, he also invests his time and talent in other community initiatives to promote digital literacy. In this clip from Canada Learning Code, Nima talks about his commitment to tech education.

It’s really, really important to encourage as many people with as diverse of a background as possible, whether it comes to like an ethnic, or gender, or sexuality, or educational, or socioeconomical background, as many people as possible invested in the tech sector, because the private companies building the products are the people that are influencing the way that we live our lives, and the people that build the products go into things with a certain mindset that ends up having an effect on the people that are involuntary stakeholders.

I think it’s just, it’s social responsibility to get as many people invested and as literate as possible to give people - especially young people - the opportunity to influence what the future’s going to look like, to shape the future in the way that they want to live in it. There’s so many voices that I think are not being heard right now in the tech sector, and Canada Learning Code I think is doing a really, really great thing by influencing those voices to become louder, and by influencing those voices to find empowerment and really take action and ownership of the things that are being built.