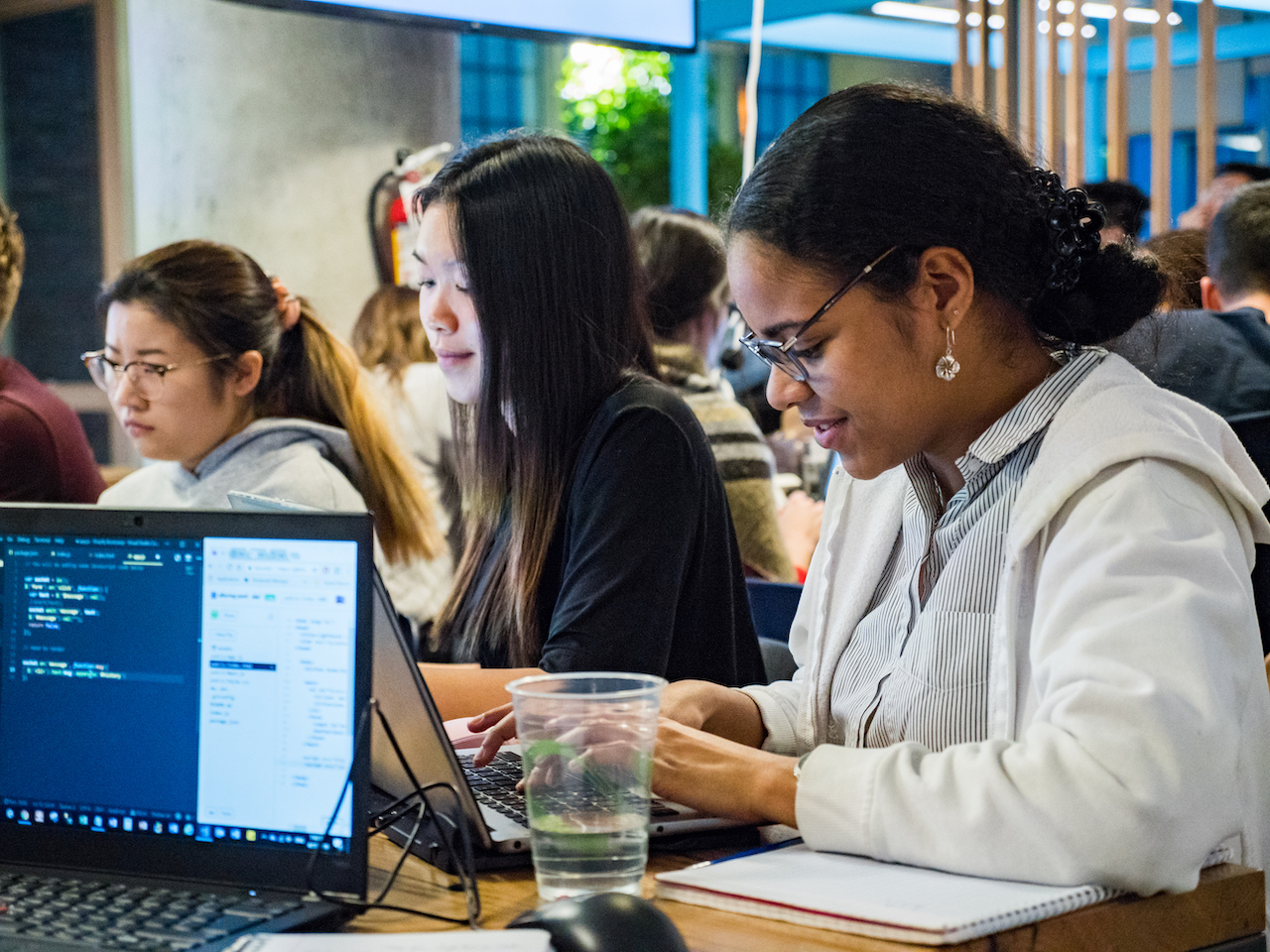 You’re just 21 days away from forming a daily coding habit.

We’re releasing one smart city-themed challenge per day starting Nov. 1. You can code alone, or have a team of co-pilots, and use JavaScript to win an election, implement smart city features, and throw a festival. Creating your own team or joining one with friends and colleagues is a great way to stay motivated and keep coding fun and collaborative.

The last time we hosted the virtual 21-Day Coding Challenge we had hundreds of teams competing. Some were as small as two members, while others had more than 100. Each team had their own strategies for reaching the top of the leaderboard - below, we’re sharing the best tricks from past teams to help you build momentum within your own.

Teams like freeCodeCamp Toronto and Women in Web Development took advantage of Slack to communicate with their teammates in past challenges. The Women in Web Development group, for example, created a new Slack channel for each of the challenges, so those who fell behind could catch up at their own speed. Plus, keeping challenges in separate channels eliminates spoilers for those still on their own mission.

Slack is a powerful tool for the purpose of the challenge because it specifically allows users to format snippets of code within the application itself.

Jenny Chan, the creator of the Women in Web Development group, took charge of leading her team by producing two tutorial videos in October. "What Is The GRID?" and "How To Use The Browser Console” gave the team a visual walkthrough of some of the basics.

"There are lots of professional women who want to get into web development. The challenge now is how do we help more of them to transition into a web development career," Chan told us after the October 2018 edition of the challenge. "There's also a need for us to connect with each other because we are often the only technical women in our team or company. Local events are great, but they don't happen often enough or the topic might not be the right fit."

Don’t be shy. Share any and all experience on social media throughout the 21-Day Coding Challenge. Get creative too, like Team Javengers, a group of educators who came together to form a squad. They’re already tweeting using #TeamJavengers. Be like them and start your own hashtag.

Use the hashtag #21DCC and tag Lighthouse Labs across all social media platforms to share your coding journey. We’ll be reposting your progress throughout the challenge, as well as sharing various hints and clues.

Don’t take it from us. Members of freeCodeCamp Toronto, the winner of the October 2018 21-Day Coding Challenge, unanimously said their Facebook group and social media was a primary driver behind boosting their team’s participation.

"It was nice to have the support group behind you, as well as people to bounce ideas off of, and compare different solutions,” Chris from freeCodeCamp Toronto told us in October.

May 2019 21-Day Coding Challenge team champions #2886BB used Rocket.Chat, an open source team chat software solution, internally where they had a channel to talk about the daily challenges, help those who were stuck, and to share hints on the different ways of solving each challenge.

“I'd say we are a competitive bunch overall so it was fairly easy to get everyone to complete the challenge daily,” team captain Jenny says.

Additionally, peer pressure and what they call "desk-to-desk marketing" proved to be effective strategies to help get the team to 50 and even more on their overflow team. Plus, Jenny sent out an email to the rest of the company to get more members on board, emphasizing the benefits of the challenge. They even had a few Lighthouse Labs graduates on the team.

If your company has its own team, or if you form a team outside of the office, you'll be in the running the lucky recipient of $500 towards a celebration, you’ll also have office bragging rights. This November, we've also added a new prize for completion percentage based on the number of members of your team. This allows smaller teams to compete for a prize too, which is also a $500 gift card for a celebration.

Maybe your office will sweeten the pot with a prize of their own. Here at Lighthouse Labs, for example, our east and west coast offices go head-to-head to see who can score the most points - office pride and a team celebration are both on the line. You’ll build office camaraderie while encouraging the importance of digital literacy.

Is your team up for the challenge?

The 21-Day Coding Challenge kicks off on Nov. 1. Register now to get ahead of the competition.