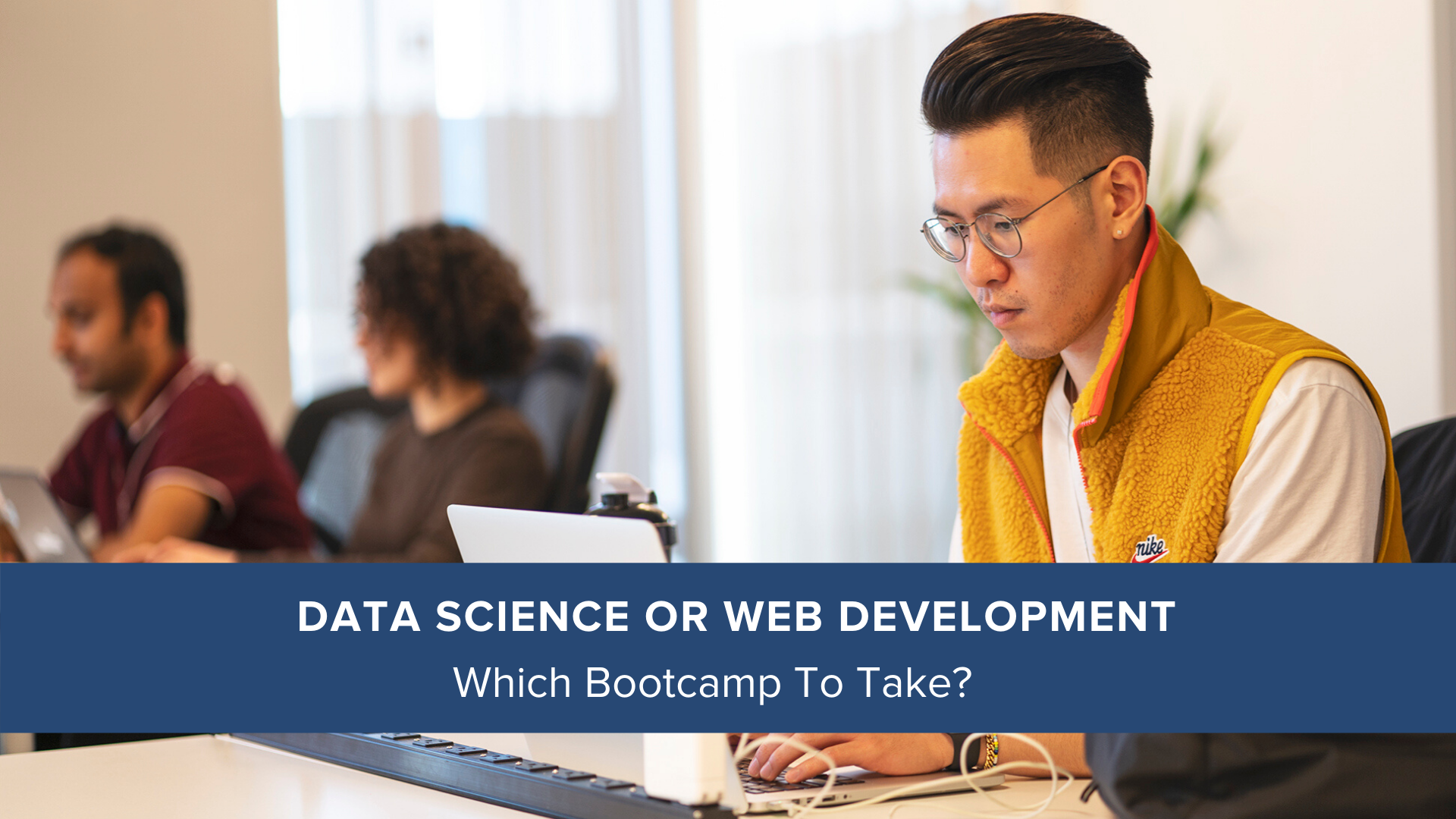 Working in marketing and with admissions means you’re among the first points of contact for prospective students. Given the fact we offer two full-time bootcamps: a data science bootcamp and a web development bootcamp, we often get asked one question in particular:

"Which Lighthouse Labs bootcamp should I take?"

The simple answer: it depends. The full answer: read on below.

To make the decision clearer, and to help guide you in the right direction, our teachers and admissions team are happy to walk you through the process. Make the first step to becoming a web developer or data scientist by submitting your application.

Ultimately, the choice between web and data should be based on your own personal interests and passions. When making your decision, you should weigh the benefits between the two different development career paths, speak with both web developer and data professionals, and explore some of the languages and software used in the two industries.

At the end of the day, pursue your preferred subject, since it’ll be your career path forward.

However, there are certain factors that apply to everyone and are important in making your choice. 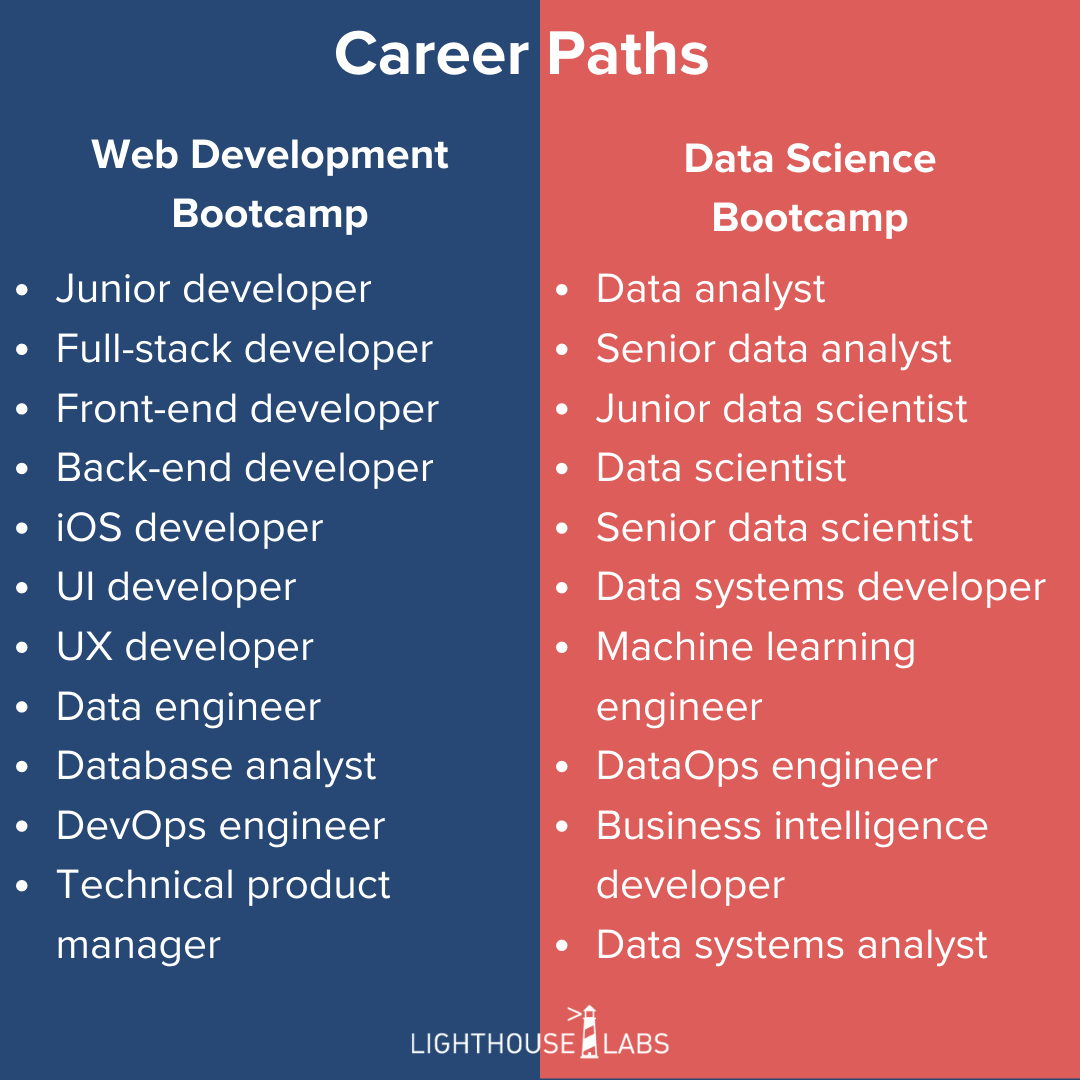 To start, it’s important to actually differentiate the two streams. Data scientists collect, clean and analyze data from various sources, and use it to build algorithms, models, and machine-learning tools that automate and optimize processes.

Full-stack developers are proficient with both the back- and front-end of software development meaning they manage databases or servers, and develop and manage APIs, while also being proficient with user-facing aspects of web applications.

Web Development Bootcamp prepares graduates to be junior developers. Later in their careers, they can work as a:

Data Science Bootcamp graduates are equipped with skills to start a career in data, typically as a junior data scientist or data analyst. Growing in your career could also lead to a number of opportunities including as a:

Both data and development markets in Canada boomed in recent years.

Looking ahead, developers and data professionals are the engine of Canada’s growth in the technology industry. “Roles like software developers, data scientists, cybersecurity analysts and a number of other highly-skilled jobs will play critical roles in building, supporting and safeguarding not only our digital economy, but our future communities as well,“ reports the Information and Communications Technology Council in its Canada’s Growth Currency: Digital Talent Outlook 2023 (.pdf) findings.

The report continues, “Canada’s demand for digitally-skilled talent is expected to reach 305,000 by 2023, for total employment of over 2 million in the digital economy.”

In terms of absolute demand, full-stack developers have the greatest number of job openings per one million jobs, at 1,764 according to 2018 data. Data professionals and developers are also flexible during times like COVID-19 given remote work consideration.

According to Statistics Canada, 75% of Canadians in the technical services space work from home during COVID-19, and have experienced fewer employment losses compared to other industries. Data science and web development careers provide flexibility of working remotely either temporarily, or permanently.

First and foremost, one’s salary depends on their overall qualification, location, and industry.

That said, Randstad and Indeed, two of Canada’s leading workplace search engineers, rank data professionals and full-stack developers among the best jobs in Canada, both for salary, and for open postings per million listings.

Indeed ranks machine learning engineer and data scientist as the top-ranked, and fifth-ranked jobs in Canada, earning on average $102,500 and $98,190 per year. According to the same data, full-stack developer and back-end developer are ranked third and sixth as a percent increase in the total share of job postings between 2015-2018.

Randstad meanwhile ranks developer as its top-ranked technology job, and data analyst as its fourth-ranked role in its Best IT and Technology Jobs 2020 report.

Speaking specifically to Lighthouse Labs bootcamp graduates, alumni who work as developers earn on average $85,240 three-plus years after graduation. Your first job will likely be around $50,000 depending on prior experience, but your salary can quickly grow in the years to follow if you continue to learn and update on the latest in-demand technologies.

Neither of our programs require prior experience in the field. But, bootcamp is not easy. It requires determination, grit, and the drive and willingness to commit 100% of your time and effort to learning a new craft during the 12-week program, as well as an eagerness to continue to learn post-bootcamp.

For many, web development is a more manageable entry point for those with zero technical background, and opens up the possibility of data-related roles down the line. The Data Science Bootcamp combines programming and mathematical concepts which makes it a more technically-challenging program. But, both are suitable for beginners who are willing to put in the proper preparation; the data science bootcamp might just take more preparation.

Does data fascinate you? Do you have a knack for mathematics? Data science may be the right fit for you. Do you want to bring your ideas to life through web apps? Or do visions of web pages dance in your head? In that case, web development may be the better fit.

At the end of the day, to make it through the long, hard, grinds of learning a new craft, you need to have passion.

Absolutely, though not concurrently. Generally, if your long-term plan is to enroll in both, take the web development bootcamp first, get a few months of job experience under your belt, and then enroll in the Data Science Bootcamp.

Ready for a future in tech?
Download our course packages to learn more about your new career. 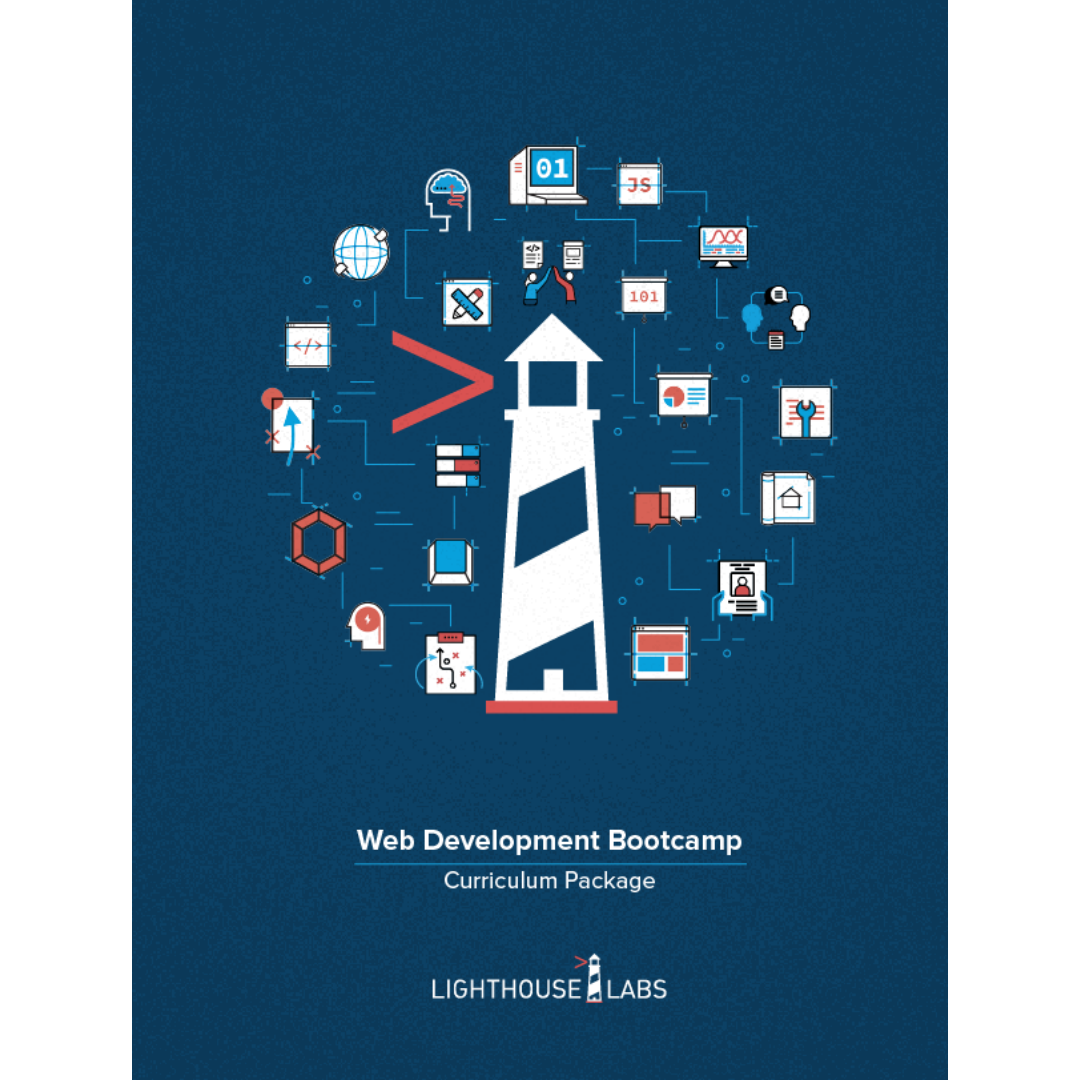 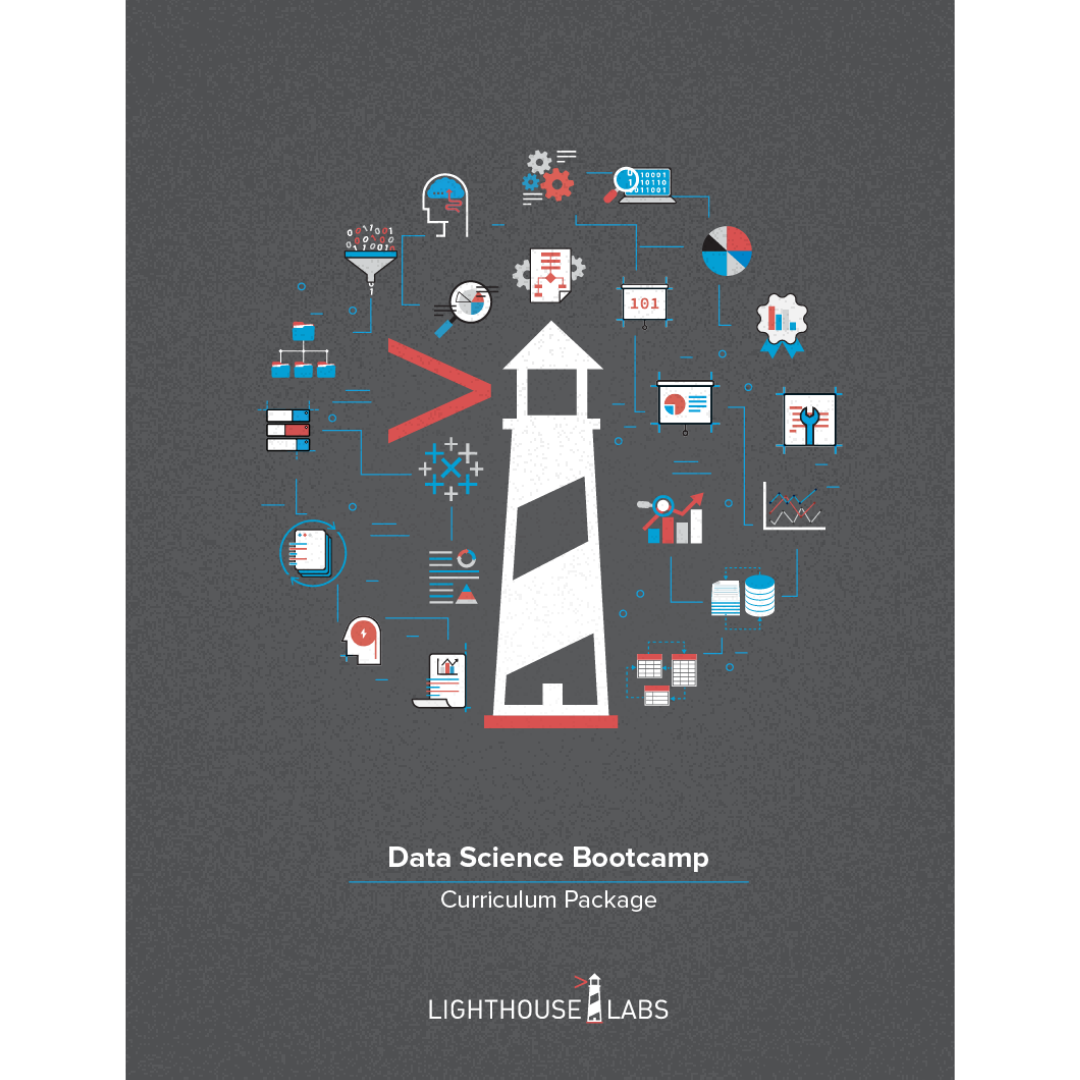