In Vancouver, the software developer industry is continually growing. The demand for tech workers is up 25%, according to The Georgia Straight, a year-over-year trend since 2012. Indeed, Vancouver is ranked second in Canada for tech talent, an aggregate of 13 criteria ranging from total tech sector jobs to growth, costs to do business, and the number of students graduating with tech degrees, and 12th-ranked in North America, according to the CBRE.

Lighthouse Labs graduates, at a rate of 98%, became employed in Vancouver in 2020. See how you can start your own career in tech with us in 2021 and beyond.

More recent data finds that Vancouver actually leads North American cities for high-tech software job growth. According to the CBRE, Vancouver has a growth rate of 29.2% in the current period.

The burning question remains: what’s the average salary for developers in Vancouver? We’ve compiled information to help you to understand what you can expect for specific roles within software development.

Find the right place to launch your career in tech.
Read about the best tech companies in Vancouver.

How much does a software developer make? 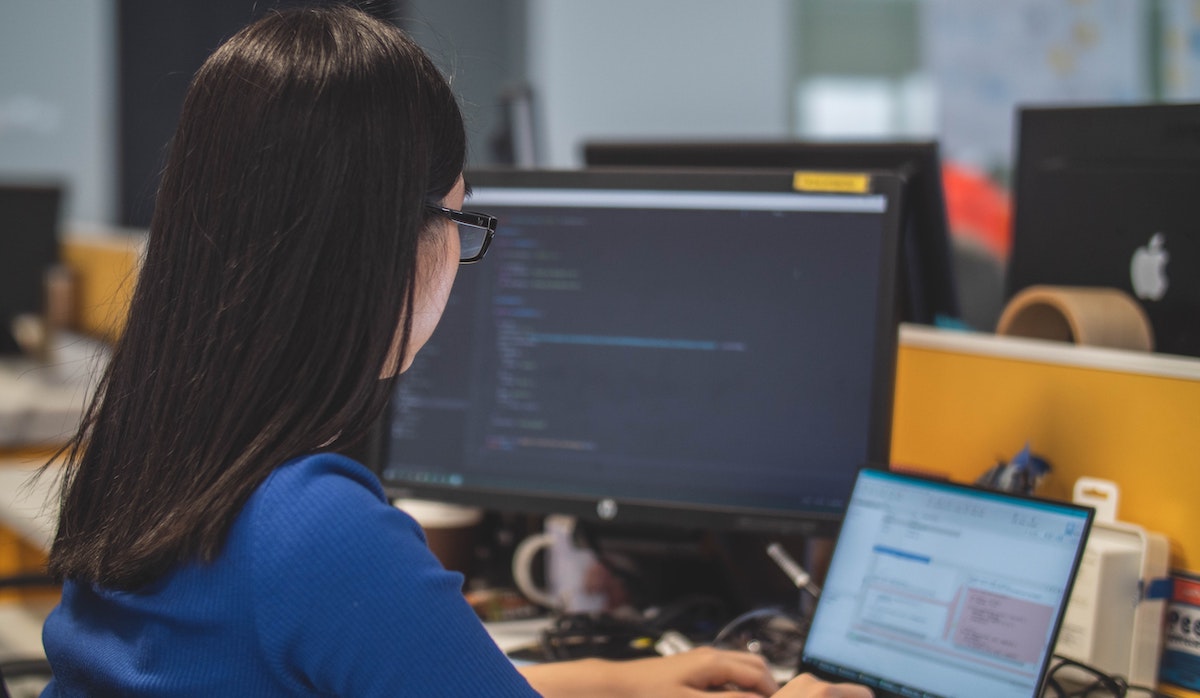 The average software developer makes roughly $71,679 per year in Vancouver, British Columbia, based on Payscale.com’s salary tool. The salary ranges from $51,000-$100,000 on the low- and high-end.

Software developers have three seniority levels within the occupation, each with a different salary range. The three levels are: junior developer, intermediate developer, and senior developer.

A junior developer has a working knowledge of code and software development. With less than two years of experience, employers expect a limited understanding of database softwares.

A step up from a junior developer is the intermediate developer. This role is more of a leadership position and employers expect 2-5 years of experience, on average. Developers at this level will need to be comfortable spearheading client projects.

Senior software developers play a central role in leading a team of developers. Someone in this position is highly-skilled, with more than 5 years’ of experience.

From your experience as a software developer, you can also branch out into another field of software: Software engineering.

Vancouver software engineers have a higher average salary than the typical software developer salary, as this position requires more breadth and depth of skill approximately $90,000 annually.

Better gauge how much you could make as a software developer in Vancouver. Below you’ll find some local companies’ current compensation rates for developers, courtesy of Glassdoor, including Microsoft, Amazon, Electronic Arts, and SAP. 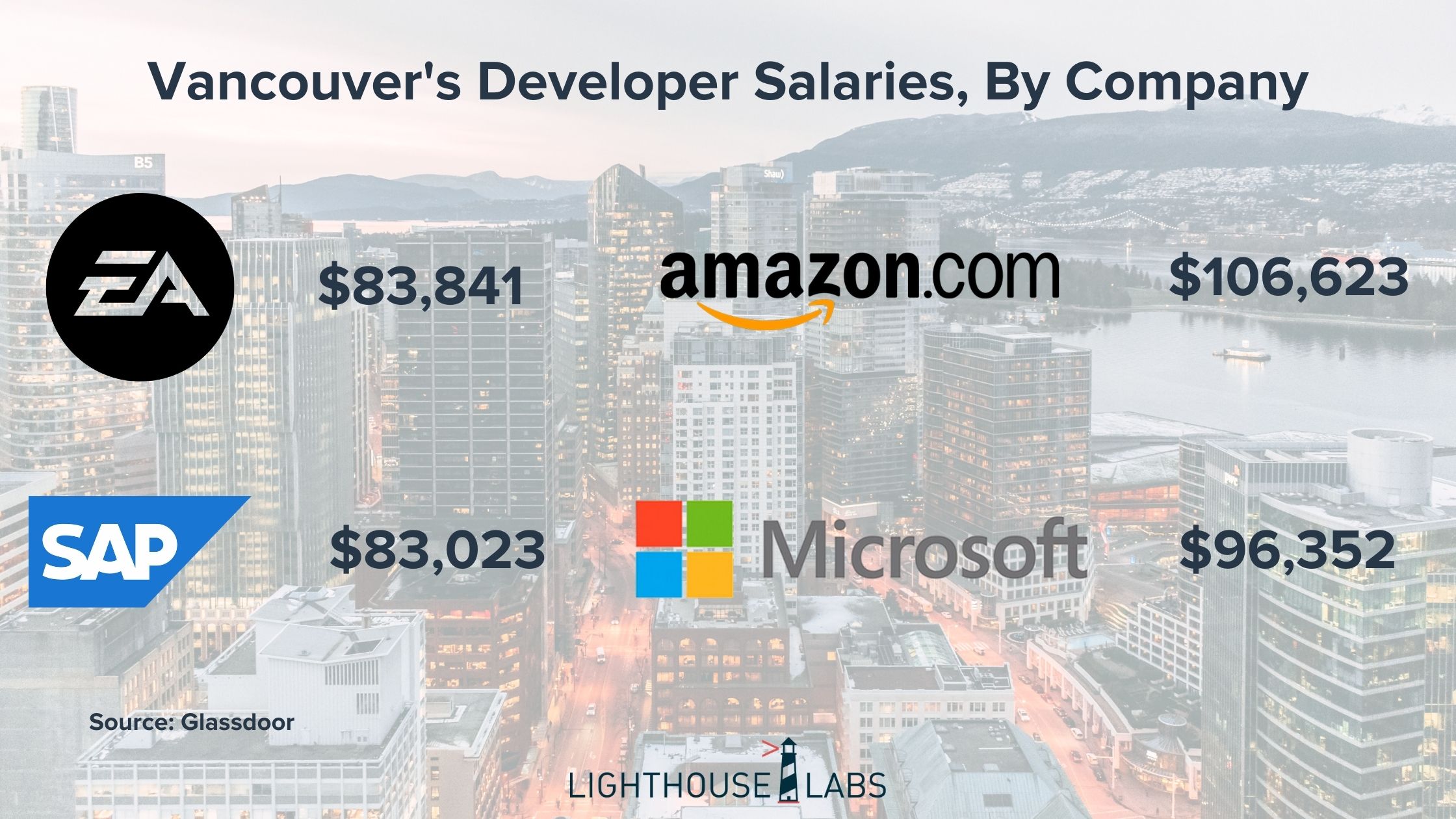 How to land a high-paying job in software development

In Vancouver, software developers fetch a higher salary than in Montreal or Toronto, where the average junior developer earns $1,000-$6,000 less than their west coast counterpart.

Developers are in high-demand in Vancouver, but that doesn’t mean a high-paying software developer position is guaranteed. If you want to get a great job with excellent pay, follow these tips:

If you’re interested in working as a software developer, the team at Lighthouse Labs can help. Our 30-week Web Development Flex Program and 12-week intensive bootcamp can prepare you for a new industry, and be the launchpad for your new career. Apply to our programs today (at no cost), and see if you're a fit to become a web developer. The first step is to chat with our admissions team.

The salaries listed above could be yours one day! Submit your application to our Web Development Bootcamp to begin your journey as a web developer.

This Could Be You: